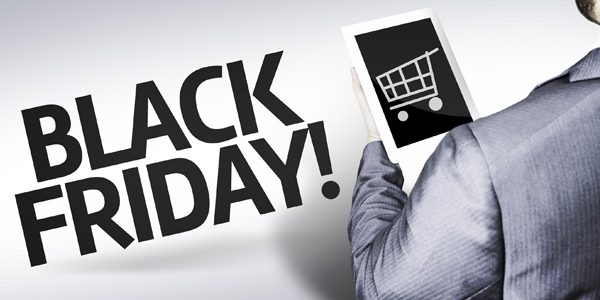 Black Friday, which has become Black weekend, is over.  Cyber Monday, has now extended into Cyber week, but are the results what you expected?  How did this craziness ever get started? And why do they call it “Black Friday?”

It has been rumored to have been the day retailers started making a profit – going from operating at a loss, or ‘in the red’  to the profitable ‘black’ in financial records.  But, according to Wikipedia, the day’s name originated in Philadelphia prior to 1961, where it was used to describe the heavy and disruptive pedestrian and vehicle traffic that would occur on the day after Thanksgiving. The Philadelphia police force also called upon the term “Black” to describe the two days after Thanksgiving as Black Friday and Black Saturday owing to their having to work 12-hour shifts to maintain order along the sidewalks, streets and parking lots of Philly as crowds of people came from the suburbs to do shopping prior to the Army/Navy Football game.  Thanks to the public broadcasting of this football game, the term Black Friday became a well-known day.  Merchants, in turn, used Black Friday as the descriptor for long lines in their stores.  In 1961 merchants tried to change the name to “Big Friday”, but it wasn’t as popular of a term.

Since the 2000s, the day after Thanksgiving has been regarded as the beginning of the holiday shopping season, but holiday specials, ads and deals seem to start earlier and earlier each year, with red and green fixtures and signage replacing the orange ones in store aisles – well before the last piece of Halloween candy is consumed.

The history of Cyber Monday isn’t nearly as captivating.  Shop.org created the phrase in 2005 as the Monday after Thanksgiving.  Its first appearance generated $486 million in sales and was dubbed the busiest online shipping day of the year.  Today it generates over $2 billion in sales and ever since 2012 the entire week has been dubbed as Cyber Week.

How were the results this year?  I’m sure everyone is trying to make sense of all the statistics, so here’s a quick rundown:  Retailers are reporting high single- to double-digit decreases in stores for Black Friday, and overall (online and in-store) Thanksgiving weekend results were dismal.  The good news: There were record-setting performances online for Cyber Monday.

Here are a few facts to keep in mind while assessing the holiday extravaganza:

Retailers have created a promotional monster.  Consumers know potential deals will come in the future days, so they are waiting.  Some retailers, such as Williams-Sonoma, are foregoing using portions of their marketing budget in order to take deeper discounts.  Also, shoppers are savvier with their comparison shopping techniques.  Phones and tablets have made prices transparent and consumers are searching for prices all the way up to the checkout counter.

Get ready for a new term: Webrooming which refers to the process of researching products online and then visiting a store to make a purchase.  It’s the reverse of Showrooming, which describes visiting a store and then shopping online.  http://www.adweek.com/news/advertising-branding/study-shows-prevalence-consumer-webrooming-157576

Modern times are upon us and if you are not familiar with ibeacon then learn it quickly and contact your friendly Retail Information Systems’ salesperson.  http://www.businessinsider.com/beacons-and-ibeacons-create-a-new-market-2013-12  In a nutshell, it’s Big Brother who watches you enter a store and reports your activity back to the retailer.  What’s in it for you?  The retailer can send you a coupon for an item you are standing near.

For your holiday recommendation, stay on target, use inexpensive marking such as social media/email, and don’t panic.  Trouble comes when you take unplanned promotions as it strains profits.