The 411 on EMV: What Every Retailer Needs to Know 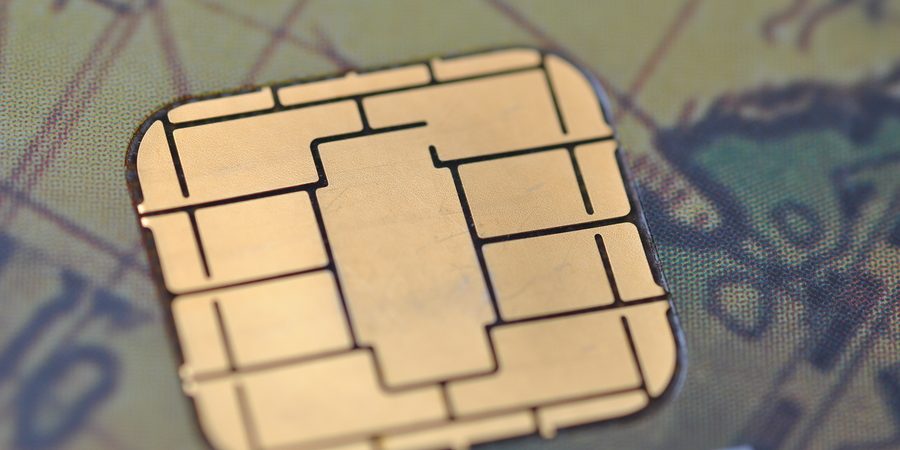 Recently a lady at a neighborhood shop had her credit card handed back to her. She was told that her card wouldn’t work. The card had this odd, square shaped, puzzle looking image on the front and the retailer was sure it wasn’t a real credit card.

After months of discussing this technology and trying to educate the retailers and the public about the coming of EMV, my head was ready to spin off its axis. In my mind I was screaming “STOP, you must prepare, you must understand.” However, in reality I simply told the customer that she still had a magnetic strip on the back of her card which would allow her to make her purchase. In a nonchalant fashion, the customer simply took out another credit card. Now picture that emoji with its mouth wide open and the hands on either side of the face. Yes…..that was me. So let’s take this moment to educate ourselves and hopefully we can begin the EMV crusade.

Why do we have such a love for the magnetic strip? The magnetic strip technology has been around for 40 years and stores data in tracks, much like an 8-track tape. (Yes, you remember those. You probably had one that played James Taylor or The Beach Boys.) Its lifespan is questionable since it can be erased simply by getting too close to any magnetic field, including a magnet on a purse closure. Luckily the cost to create a strip is only 25 cents, however, it’s the simplicity and ease to duplicate a strip which makes it such an opportunity for fraud.
In contrast, an EMV chip is a state of the art microprocessor located directly on your credit card. With a simple retail purchase and scan, that microprocessor performs cryptographic processing. (A fancy way of saying it creates a unique puzzle to validate the integrity of the card.) There are 3 Cardholder Verification Methods (CVM) for EMV, listed in order of security:

The safest mode to verifying a transaction is through the use of a PIN but not all terminals will have the capability to enter a PIN. Retailers may continue to rely on a signature as the easiest and most common verification method, while some merchants may not require a verification method at all on certain transactions.
EMV technology has been around since the 80’s but was only introduced as a standard technology since 1995. Europe introduced it mainly due to the difficulty with telecommunications which made the magnetic strip less useful than in the U.S. Upon adoption of EMV, the U.K. found a significant reduction in their fraud rates, specifically in their counterfeit fraud.

Today the United States represents 24% of all the credit card sales in the world, but accounts for nearly 50% of all the fraud. So why the resistance to the proven EMV standard? Money! EMV chips cost $1.25-2.50 a card versus the 25 cent strip. Between the cost to upgrade the terminals (including ATMs) and the cost to re-issue new credit cards, the estimate to implement EMV standards in the United States is expected to be $8B. Considering credit card fraud is projected to be $10B in 2015, it won’t take long to recover the transition expense.

Now that the background on EMV has been established, it’s time to understand what the future holds for retailers and cardholders across the country.

The Magnetic Strip Destiny: Don’t think this is the end of the magnetic strip and certainly don’t go out and throw away all your credit cards. As the transition to EMV continues, credit cards will maintain a magnetic strip to be used in case a business does not have an EMV card reader. In addition, credit cards will continue to display the card number and CVN so a holder can make online or over the phone purchases.

Future Fraud Concerns: It’s not time to be singing “Ding, dong, the fraud witch is dead”. Matter of fact, it’s time to be more aware. When the U.K. transitioned to EMV they did find their fraudulent in store charges diminished significantly. However, their CNP (Card Not Present) charges jumped. This included phone in purchases, internet purchases or any purchase made where the card was not present. Luckily the savings from EMV was larger than the higher “Card Not Present” fraud. So be aware and be prepared!

As a retailer or as a consumer, be prepared with the risks associated with failure to transition with EMV. Know the 4-1-1 on EMV and CVM’s but don’t forget the CNP risks ahead.

About the author: Toni Rumley is the Retail Planning Specialist at Retail Information Systems. As a Management One affiliate, she helps our clients overcome their biggest financial struggles, including but not limited to cash flow, profits and sales. If you would like a no obligation consultation with Toni, then contact her at ToniR@RIS.com.